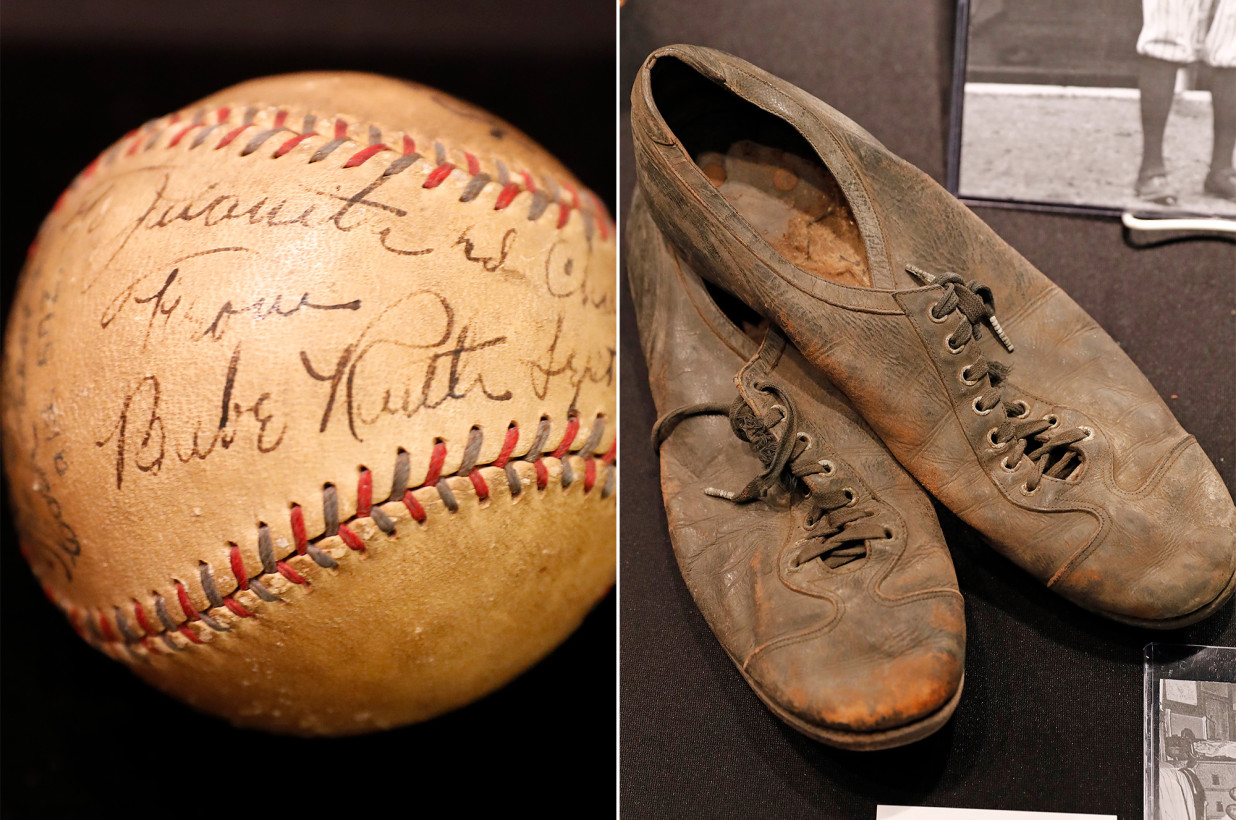 A trove of Babe Ruth’s personal items, including his hand-stitched hunting gloves and a photograph Lou Gehrig signed for him, will go up for auction next year, his family announced Tuesday.

The list of items to be auctioned on June 15 at Yankee Stadium isn’t finalized yet but it’ll include a pair of The Sultan of Swat’s game-worn size 11 cleats, his “Better year than the President” 1930-31 contract with the New York Yankees and a baseball Ty Cobb autographed for him.

It’s still unclear how much the items are worth but Ruth is a big seller in the sports memorabilia world. A Yankees jersey worn by the Bam in 1920 sold for a record-making $4.4 million in 2012.

This is preposterous.  If you’re the kind of person that would buy Babe Ruth memorabilia, you should be arrested for precrime.  Someone really bought a jersey for 4.4 million dollars? What the fuck. Here’s a take for you Babe Ruth fans: he wasn’t even good at baseball.  The guy drank beer and ate hot dogs in the middle of innings. He played at a time where everyone was white and throwing 72 mph fastballs. I’ve never played baseball in my life, and I would have hit 1283 home runs against those bums.  Take Babe Ruth and put him up against David Price…that fat fuck isn’t even making contact with the ball. And look at those shoes…what are those?????? (Shoutout me for the timely reference).

Next article Kanye West is being bullied by Drake LOLOLOLOL