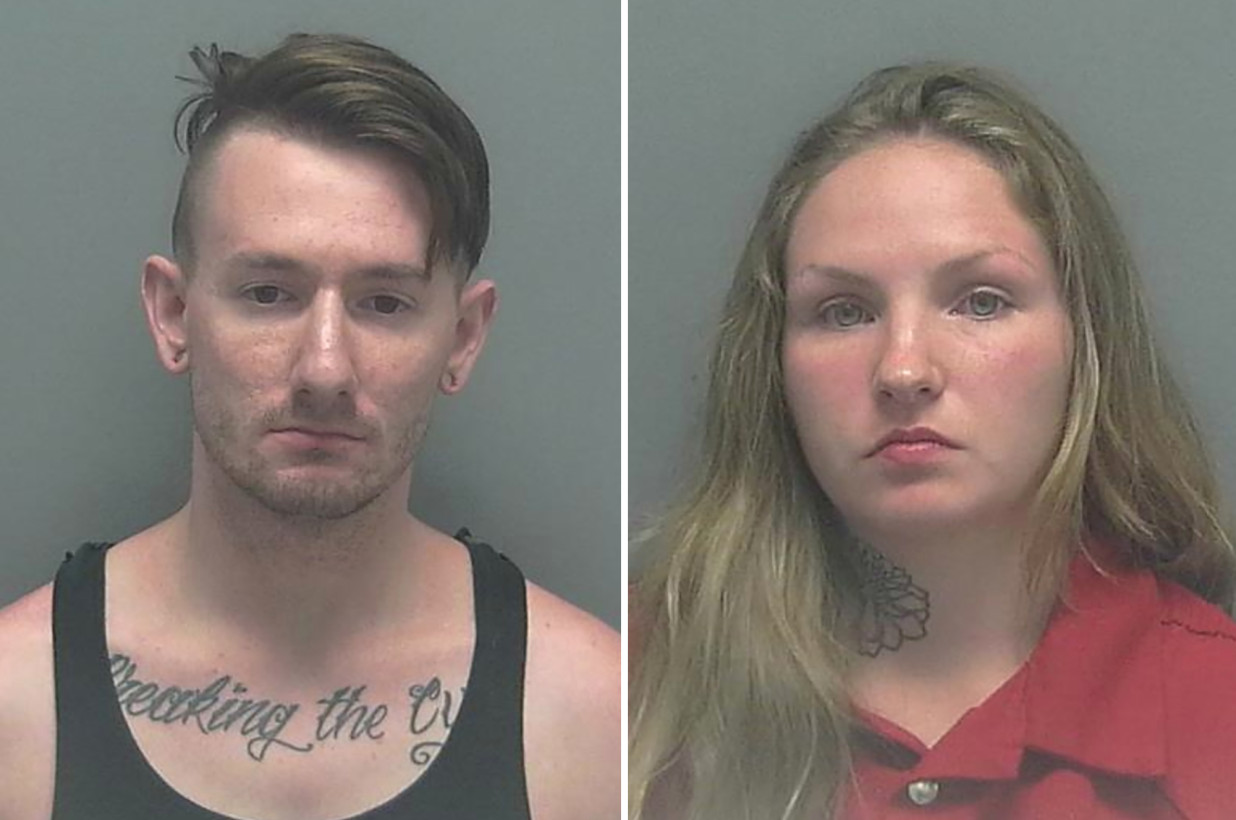 A skinny-dipping couple on vacation in Florida was allegedly busted getting hot and heavy at the beach — while families were trying to cool off in the ocean, according to reports.

Police said they responded to outraged calls about the frisky couple around 4 p.m. and found the wife completely naked at the beach in front of children.

Several witnesses told officers they saw the couple have sex in the water and they were roaming the shore naked.

Self awareness is a v important thing; these two clearly have none.  Sweetie, take a look in the mirror.  You’re overweight, have a poverty neck tattoo, atrocious eyebrows, greased up hair and most likely have a tropical rain forest down below.  Your husband looks like he cooks meth in a trailer while shouting the n word for fun.  Do you really think society is going to be okay with you fucking on the beach?  You’re no Justin and Hailey.  If you were, I would gladly watch you two fuck the shit out of each other as the tide rolls in.  This is why self awareness is so important.  You’re hideous little creatures, and you have to know that.  But, you don’t; and you chose to subject all those innocent beach goers to floppy tits and diseased cock.  That’s a capital offense in my book.  I pray that the judge sends these two straight to the electric chair.

People are BIG mad about this girl’s expenses