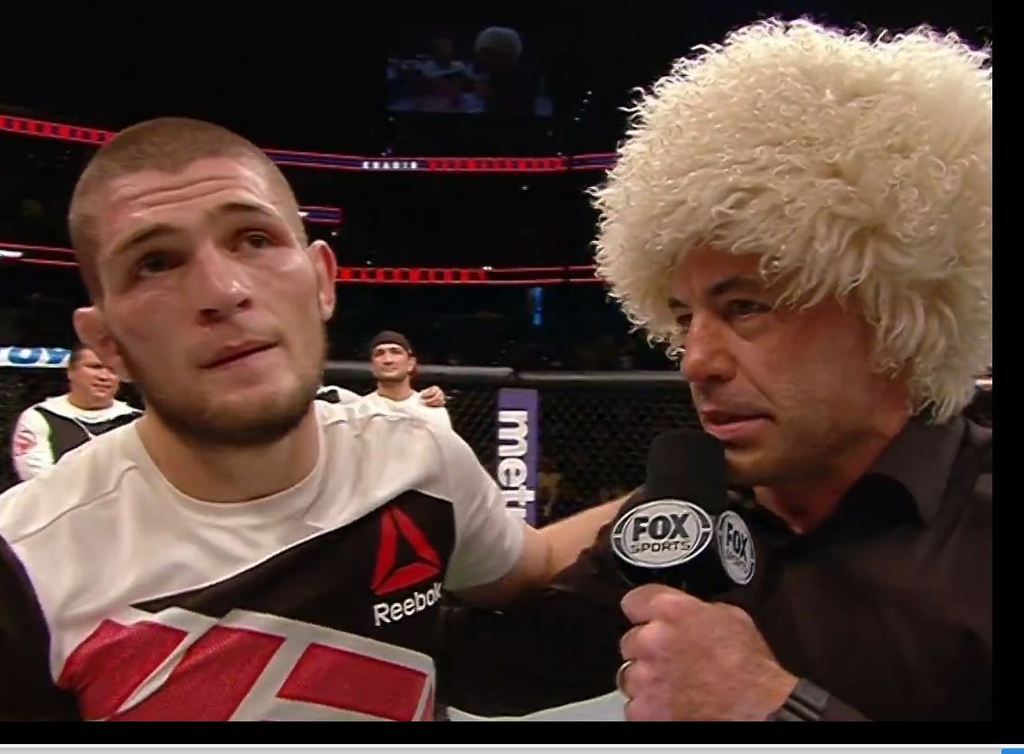 UFC lightweight champion Khabib Nurmagomedov has found himself in the middle of a sexism storm over comments he made to an audience member in Saudi Arabia.

Speaking during a Q&A for a MISK talk, the 30-year-old sparked uproar after he claimed that budding female fighters wishing to become pros should stay at home.

Nurmagomedov, who beat Conor McGregor in Las Vegas in October, was asked by a female member of the audience what advice he would give to a woman who wants to get into the fighting industry.

After an applause from the crowd, he said: “For females, I have very good advice, be fighter inside your home.”

As laughter erupts from certain attendees, he added: “And one more advice, all the time, finish your husband.”

Wow, Khabib, way to be sexist.  Is this the guy that we want to represent the UFC?  A guy that doesn’t believe that women should be allowed to fight?  A man that says a woman’s only purpose is to make her husband cum? I’m disgusted.  Do you know who would never say such vile things? Conor McGregor. A humble man who has never and would never ever objectify a woman or cheat on his longtime girlfriends; a man that we can all be proud of.  Dana White, do the right thing, strip Khabib of his title and give it to its rightful owner.

Next article Having a big dick is, in fact, not a crime