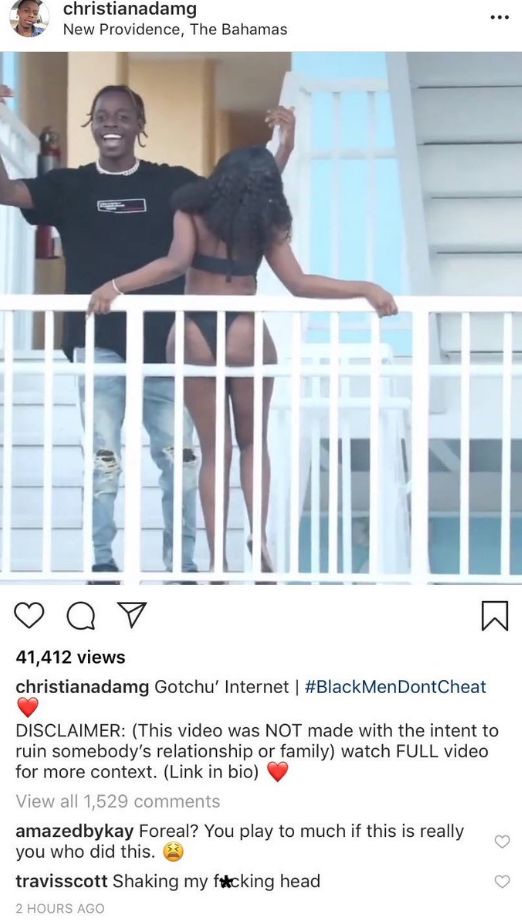 Travis Scott and Kylie Jenner were rocked by a cheating scandal this week after alleged images of the ‘ASTROWORLD’ rapper kissing another women leaked online.

Scott vehemently denied the claims, owing the photos to “trolls” who “always wanna create some fake sh*t to destroy real love.” And, as it turns out, he was telling the truth.

Hours after the images caused a stir on social media, YouTuber Christian Adam took credit for setting up the photos. He dressed up as Scott from head-to-toe and even added a fake TMZ watermark to the images.

Adam claims that the prank was an attempt to “fool the Internet”, inspired by a recent ‘prank’ which saw a fake image of Justin Bieber eating a burrito like a piece of corn circulate online.

What a fucking loser.  Travis Scott is nothing short of a stand up guy, and some wannabe Jake Paul decides he’s going to pull a “prank” by staging a photo to make it look like Travis cheating on Kylie.  That’s not a prank, sport, that’s a crime.  You should just off yourself you two first named piece of shit.