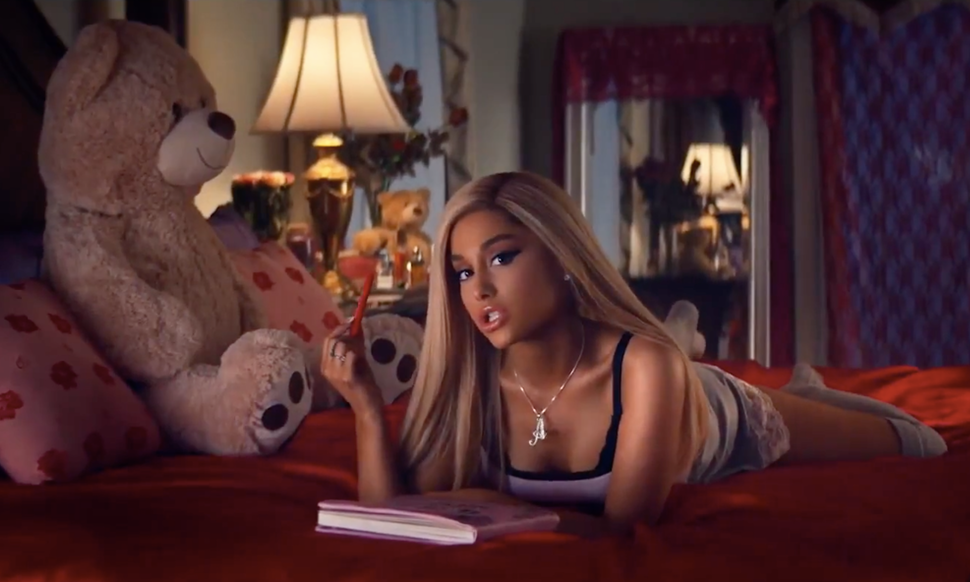 After covering up her “Pete” finger tattoo with a black heart — one that matched the heart Davidson used to cover up his “Dangerous Woman” bunny ears — and inking over her “reborn” tattoo with a leaf or feather, the “Breathin” singer has ditched her “8418” foot tattoo, which was a tribute to Davidson’s father who died in the Sept. 11, 2001 attacks.

The Arianators, a.k.a. Grande’s fan base, noticed in behind-the-scenes footage for the “Thank U, Next” music video that she covered the numbers with the name “Myron.” The new ink is a tribute to Miller’s dog, whom Grande adopted after the rapper’s sudden death.

As Drake once asked, “Why you keep on shootin’ when you know that (word I cannot say) dead?”.  Ari continues to be the baddest bitch alive. First, she covers up the Pete tat with a black heart.  Then she drops thank u, next. Now, she covers up a tribute to Pete’s dead father with the name of her ex boyfriend’s dog.  Pure savage. I’m starting to feel bad for Pete at this point. But hey, at least you’ve got a huge dick, right?