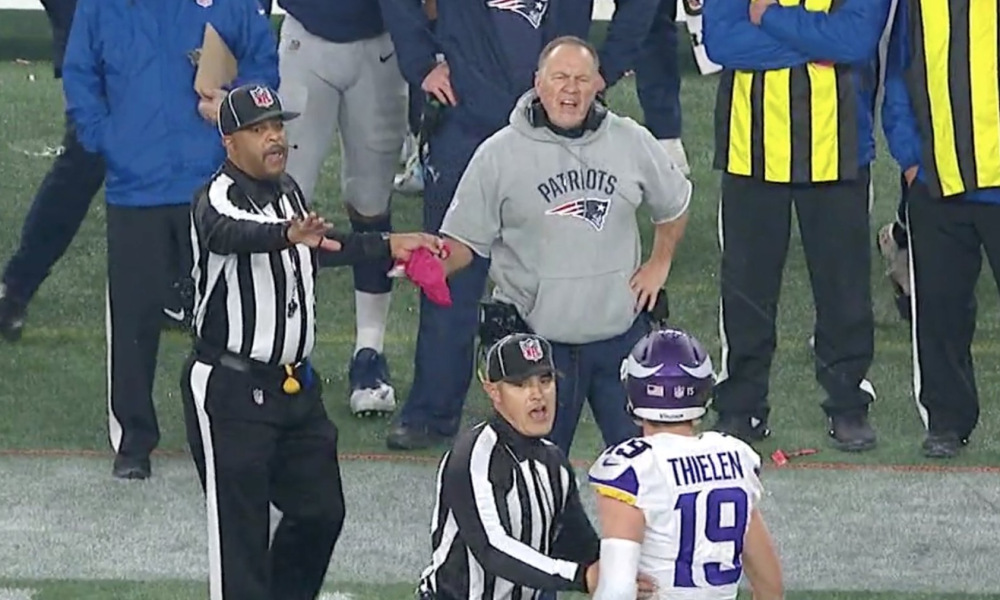 The Vikings receiver didn’t hold back during Sunday’s game against the Patriots in Foxborough, exclaiming, “That’s bulls–t,” when Belichick threw the challenge flag after referees ruled that Minnesota converted on a fourth down in the fourth quarter.

But before New England’s coach challenged the play, Patriots safety Patrick Chung went down with an injury. The move didn’t sit well with Thielen, as it gave Belichick time to search his sock for the red flag. Upon hearing Thielen’s choice of words, Belichick fired back, “Shut the f–k up.”

“I just thought the play was cheap,” Thielen said following the Vikings’ 24-10 loss, according to NBC Sports Boston.

As for Belichick, when a reporter asked postgame if his exchange with Thielen was a form of a holiday greeting, he replied, “Yeah, pretty much.”

I bet you’d never think you’d see the day when Bill Belichick despises a white receiver.  Adam Thielen learned real quick that you don’t come at the king without getting your head sliced clean off.  And you gotta love Bill’s response to the reporters.  Merry Christmas Adam, now sit the fuck down and shut the fuck up you little bitch.

Next article Just a couple of landscapers fucking in syrup nbd