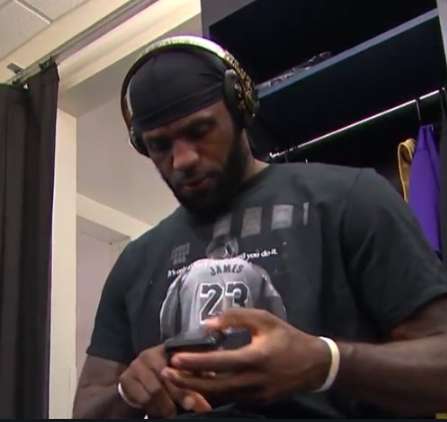 I’m not the type of guy to hate on a professional athlete, but I am a big facts guy.  This past summer, Lebron James decided to sign with my team, the Los Angeles Lakers. The most storied franchise in the history of the NBA.  What has he done since signing? Well, let’s see…he’s ruined the Space Jam franchise, got his hair cut/had a dance party with Drake, admitted to serving his children (minors) alcohol (v illegal), and then he had the audacity to lose the first game of the season to the Portland Trailblazers.  Now, let’s ask ourselves…would a king lose to a city that’s best known for hipsters, weed & ice cream? Would a king show up to the game wearing a shirt with his own face on it? A king certainly wouldn’t have a plus/minus of -4 (including 6 turnovers & 0% 3 point shooting) along with the quietest 26 points these eyes have ever witnessed.  Nope, not my king. Get rid of the ego, sport. Humble yourself and refrain from disgracing such a historic franchise. We don’t deal with primadonnas in LA. Kobe would never. #notmyking

Next article Amy Schumer is the Worst