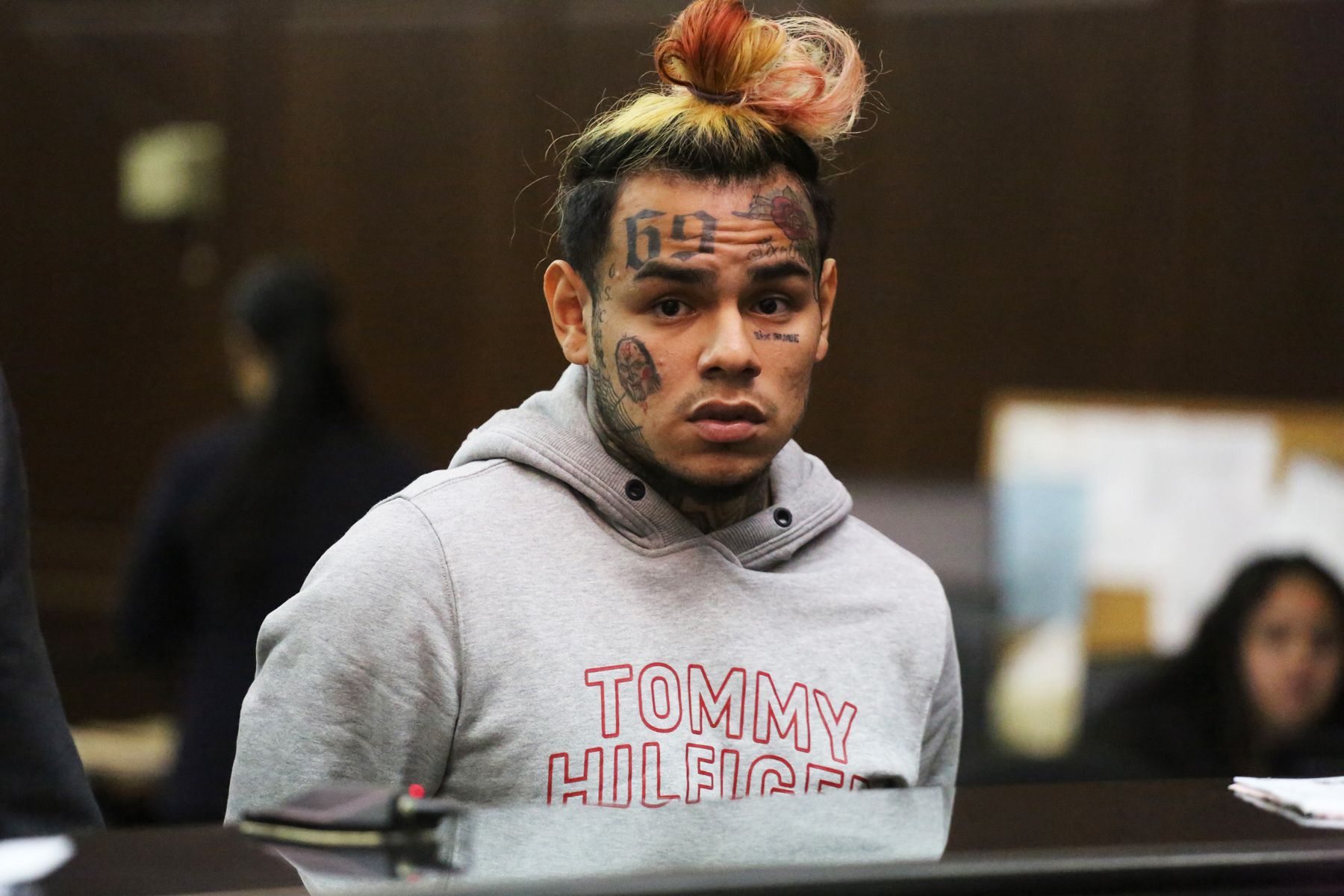 NEW YORK (AP) — Rapper Tekashi 6ix9ine was deemed a likely danger to the community and denied bail Monday after a prosecutor said there was evidence that he directed or participated in multiple acts of violence as part of a deadly gang.

U.S. Magistrate Judge Henry B. Pitman concluded an hourlong hearing by citing “troubling” corroborating evidence offered by a prosecutor to show that 6ix9ine directed or participated in multiple acts of violence over the last eight months.

Assistant U.S. Attorney Michael Longyear said a backpack stolen during a gunpoint robbery in April was found during a raid at 6ix9ine’s Brooklyn residence, along with an automatic pistol.

“The defendant is quite violent,” the prosecutor said of a man whose debut album, Day 69, was among the most downloaded records on iTunes.

Longyear said 6ix9ine was captured on surveillance video as he sat in a car and filmed the scene in Times Square when his co-defendants carried out a violent robbery against a rival gang member.

The prosecutor said he was also part of a video boasting about shots recently fired by a co-defendant in Brooklyn’s Barclays Center.

Longyear also said the rapper was a threat to flee because of his worldwide connections, hundreds of thousands of dollars in cash and the knowledge that a conviction would bring a mandatory minimum sentence of 32 years in prison and as much as life.

Can everybody finally agree that this guy is the worst and deserves to be locked up?  I thought his career would be over when the whole 13 year old thing came out, but apparently that can be forgiven if you rap over a few hard beats.  Let’s hope he doesn’t dodge another sentence.  New York is notorious for having no tolerance regarding firearms.  Plaxico Burress got locked up for shooting himself.  The best rapper of all time, Dwayne Michael Carter Jr, had to spend eight months in Rikers just for having a gun on his tour bus.  If 6ix9ine evades prison once again, I will lose all hope in the justice system.  Lil Wayne gave us Lollipop.  6ix9ine makes songs called Billy.  Do the right thing, America. #lockhimup

Previous article Instamom shames son on his birthday…but was she wrong?