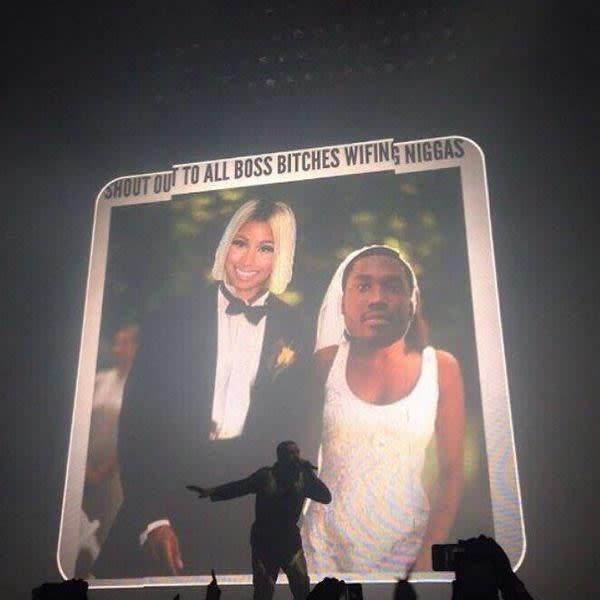 I remember when listening to Drake would make me me cry myself asleep and reminisce about sluts who broke my heart. His transition from nice guy Drake to muscular bearded Drake seems to have happened overnight. Drizzy went from singing “Fuck that nigga that you love so bad, I know you still think about the times we had” to rapping “I hear fairy tales ’bout how they gon’ run up on me // Well, run up when you see me, then, we gon’ see.” I have to say, even though I could no longer relate to his newer music I bought the act for a little while. Partly because Aubrey’s pen game was up there with anyone else in Hip-Hop. His verses made me  believe he was a tough mafia-esque guy not to double crossed.

In the summer of July 22, 2015 Meek Mill deployed his twitter fingers to rant “Stop comparing drake to me too…. He don’t write his own raps! That’s why he ain’t tweet my album because we found out!” Okay so I’m all for beef, I even order my cheeseburgers with extra beef. That doesn’t change the fact that Meek Mill ran to twitter like a dramatic teenage bitch – definitely not a good look. Nonetheless, I was excited to see how mob man Drake responded to the allegations and he did not disappoint. Listen to his response in the form of the song Back to Back below.

At this point Drake seemed untouchable, he dropped the hottest diss record of the 2010s and 2 incredibly hard mixtapes. Drizzy was no longer remembered as the half white/half black jewish kid from Degrassi. Instead, he was now known as the dominant force in Hip-Hop. Aubrey later went on to release a song called Free Smoke, a 2016 record that put all of his peers in check.  The record let everyone know that he is prepared for anyone to challenge him.

For a while, no one challenged Drake. After the way Drizzy annihilated Meek Mill, no one wanted that smoke. Fast forward  to 2018, Kanye and his puppet Pusha-T wanted all the smoke. Pusha released a diss record that straight violated Drake. This time things were different, this time tough guy Drake did not have a reply. Furthermore, the diss-record released by Pusha-T overshadowed Drake’s Back to Back freestyle. Drake no longer had the best diss-record of the 2010s.

I was disappointed. I bought into his act of being a tough guy. I thought he was going to cement himself as the 🐐 of our generation. I thought he was going to be the undisputed king of Hip-Hop. When I thought things couldn’t get any worse, he makes amends with Meek Mill and is even featured on his Championships Album Tracklist. I could not believe Drake would work with someone who permanently tarnished Drake’s image. After the ghost-writing allegations by Meek Mill, a good portion of Hip-Hop doesn’t even believe Drake writes his raps.

Then I remember, Drake isn’t from the hood. Aubrey is not built for rap beef. Under the beard, and all the muscle is a huggable guy. For years I forgot that this is a guy who made simp anthems that I would cry myself to sleep over. Drizzy is a forgiving person, with a nice heart. It looks like Drake is no longer trying to put on the tough guy facade. That is why he mended fences with Meek Mill. That is why he never replied to Pusha-T. All in all, I look forward to seeing Drake transition back to being the soft huggable guy he really is. Take care.

Next article Meek and Drake are back & I’m literally crying