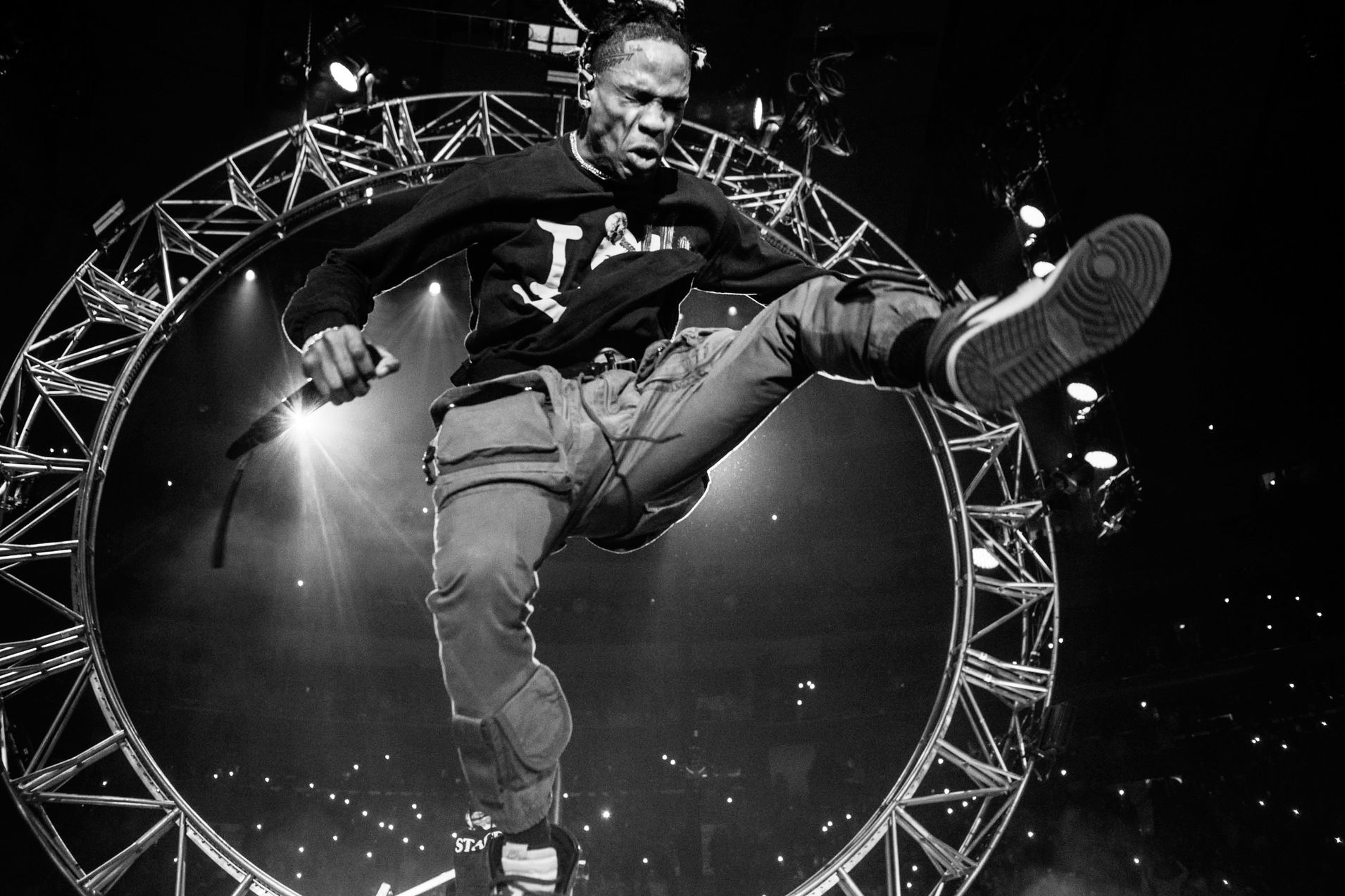 In unlikely beef news, Mötley Crüe’s Tommy Lee took shots at Travis Scott over similar use of a circular stage roller coaster that Lee claims he pioneered. Scott has been spinning on one during his Astroworld tour.

On Wednesday, Lee posted videos from both a Mötley Crüe show on their “Final Tour” and Scott’s Astroworld show. “Just found out this f–king idiot @travisscott or someone on his team ripped off the 360 AND The Crüecifly! WTF!! Get an original idea bro,” he wrote before encouraging people to view a second post on his account. The other post featured video of a second roller coaster used for Scott’s set that looked similar to the second roller coaster from the same Crüe trek.

“ANNNNND not one rip off but TWO. DOPE. I get copying is a form of flattery, but this is just straight ripping off my s–t. What do you guys think???” he said in the caption.

Following Lee’s comments, a lawyer for Scott told TMZ, “Tommy didn’t invent the concept of a roller coaster on stage and there’s no legal basis for his accusatory outburst. The actual creator and owner of the system has granted Travis all rights to use that equipment to complement his original stage design.”

Hey Tommy Lee, shut the fuck up.  Oh, you invented the roller coaster, bro?  I’m pretty sure that was  LaMarcus Adna Thompson.  Let’s face the facts here: you’re a washed up nobody.  You’re best known for fucking Pamela Anderson on a grainy video and giving her hep c.  Don’t you dare try to grasp some sort of relevancy by dragging the good name of Travis Scott through the mud.  Travis is a great man of many accomplishments.  Astroworld just went double platinum.  You played drums in some irrelevant 80’s band…get the fuck out of here, guy.

Previous article Meek and Drake are back & I’m literally crying

Next article Is it weird that Macaulay Culkin watches Home Alone with his girlfriends?