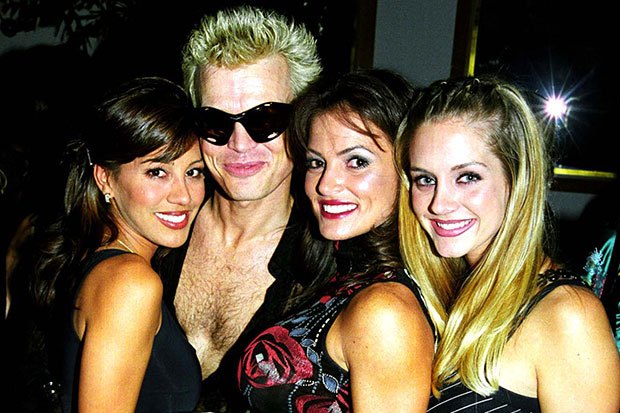 Billy Idol is being sued for allegedly standing up a fan.

A woman named Juliana Berg is suing the “White Wedding” crooner, 62, for allegedly inviting her to a meet-and-greet, his concert and his hotel room in Las Vegas two years ago, only to wind up leaving her out on her own, according to documents obtained by TMZ.

In the lawsuit, Berg says she thought she would be returning to Idol’s hotel room for the night, she had no place to go and no money to afford a hotel room on her own when he allegedly ditched her. She’s suing him for travel expenses and reimbursement for the concert ticket.

Berg also wants to be paid for the extreme emotional distress she suffered.

Wait, you can sue people for ghosting you?  Now this is a story that I’m going to be paying close attention to.  If this woman manages to win the lawsuit, I’m about to go on a courtroom rampage into early retirement.  This lady just had to deal with one night without a hotel room.  That counts as “extreme emotional distress”?  Listen here, come talk to me when you’ve been talking to a girl for years and get ghosted right after taking her to a Justin Bieber concert.  Is it too late now to say sorry?  Fuck yes it is; I’ll see you in court, bitch.  Try flying across the country for a girl on a day’s notice then dealing with her leaving your hotel room after 20 minutes and blocking you on every form of communication/social media.  That’s extreme emotional distress.  Not that I’ve experienced that…just a couple of everyday scenarios.

Previous article Is Lebron intimidated by the pressure of playing in LA?

Was Simba a Cuck?

Netflix’s Elite is a Masterpiece