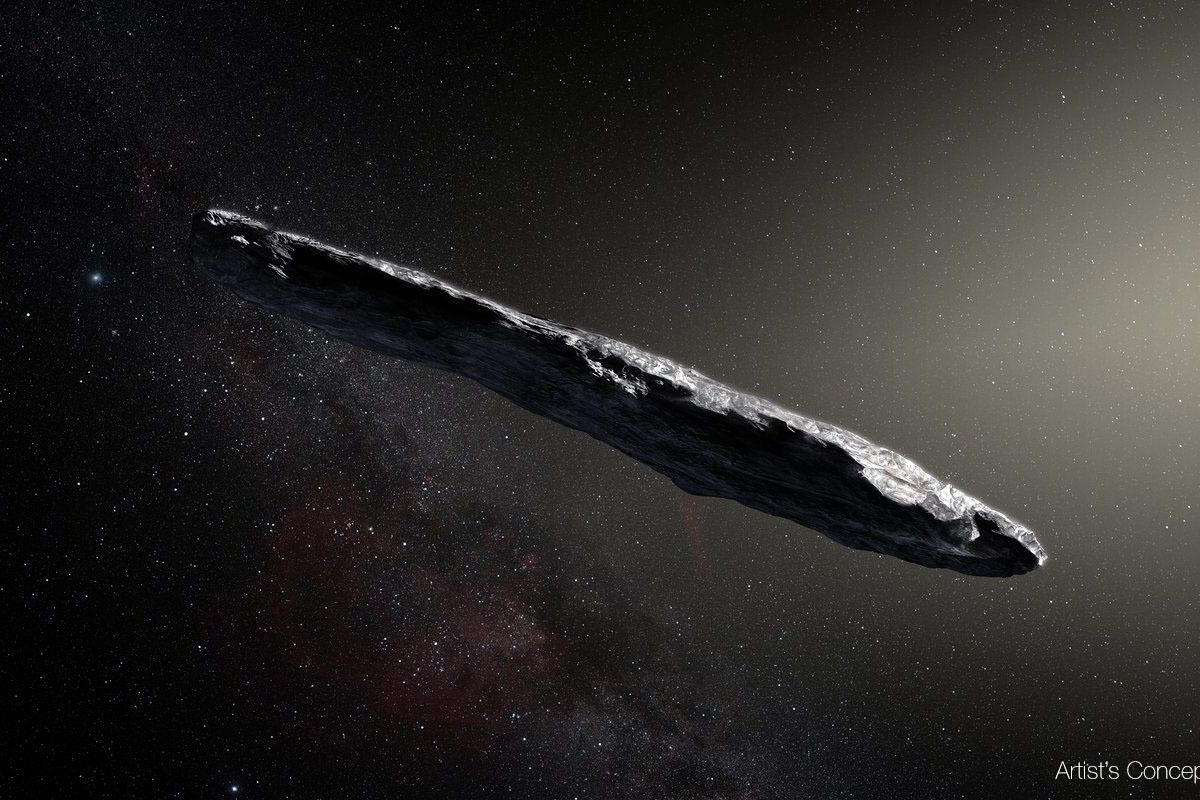 A pair of Harvard scientists say a massive, fast-moving visitor to our solar system may have been a probe sent by an alien civilization. Most astronomers believe Oumuamua – Hawaiian for “messenger” or “scout” – is a comet or an asteroid, except a half a mile long. But there are things about its behavior they can’t quite explain. Enter two Harvard scientists with an idea even they admit is a little out there, reports CBS News correspondent Tony Dokoupil.

When Oumuamua was discovered last October, it was tumbling past the sun at 196,000 mph. To some the reddish object looked like a cigar. Others thought it was shaped like a pancake.

“It looks very different from objects that we have found in the solar system,” said Avi Loeb, chair of the Harvard University astronomy department. Loeb said Oumuamua did not behave like an ordinary asteroid or give off gas like a comet.

“There seemed to be an extra force that is pushing it, and it’s not clear what this push is from,” he added.

In an upcoming paper, he and colleague offer what they call a “more exotic scenario… Oumuamua may be a fully operational probe sent intentionally to earth vicinity by an alien civilization.”

If you still don’t believe that aliens exist/have been visiting us forever, you’re an idiot.  My pals from Harvard (ever heard of it?) agree, so, don’t even try to argue.  I, for one, cannot wait for the day that the aliens finally come out of the closet.  You simple-minded motherfuckers won’t know what to do.  Oh, Billy the phone salesman thought he was so special that there couldn’t possibly be any type of intelligent life out there?  Fucking idiot, I will cherish the moment when the aliens blow you right out of your Sperry’s.  Sure, society will probably crumble and we’ll fall into a world full of chaos…but that’s a much better scenario than the liberal vs. conservative war that we currently deal with every single day.  It’ll be humans vs. aliens.  Finally, a reason for people of all nationalities/religions/ethnicities/orientations to come together.  Honestly, an alien invasion might be a good thing if you look at it that way.  But really, though, fuck that.  I want to make this very clear for all of my intergalactic brethren out there: I’m team alien all the way.  I’m already so far advanced in comparison to most of you, the aliens will clearly welcome me with open arms.  Catch me and Zugidoap riding around in the ship while the alien soldiers pillage your village and probe your asshole.

Next article Research shows the average American spends $1556 during the holiday season…is that supposed to be a lot?